What’s common between all the above entities? You guessed it – Emergence! 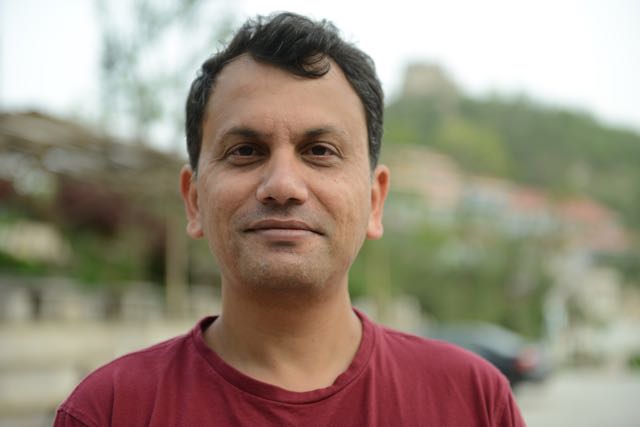 Observing their behaviour shows how distinctly order emerges out of what looks like chaos when looked at superficially.

From work of bees in beehives and work of ants in colonies to swarming of birds or school of fish almost everything in nature display Emergent behaviour. All these earthly creatures act locally doing simple repetitive activities following a fixed rule but collectively they can overcome problems and perform complex feats.

What would observing Emergence yield? It’s the key to uncover the rules that emergent structures follow. The very codes that can unlock the laws that govern Emergence!

A well-known feature of Emergence amongst these entities relatable to Taiji is that they don’t have a central leader. Unlike humans the queen bee or ant has little power over her subjects. She can hardly influence their behaviour or tell them what to do. Yet how complex and organised these colonies can be without a leader, and how many great things the tiny ant can achieve! Master Chen says, ever since our birth, our hands act as the central leader of our body but in Taiji you train to make every part a leader!

Emergence is displayed by many entities; from living organisms to stars and planets, but Taiji is perhaps the only art ever developed by humans that is designed to absorb every conceivable Emergent property and behaviour displayed by every such entity there is.

There is pitfall here though. When we humans don’t understand the codes and still try to make sense of things around us, we tend to make things up, leading to creation of fake or wrong stuff. In that respect, Practical Method practitioners are fortunate because the rules governing Taiji are already laid down. The codes that underpin Taiji are not only already unlocked but the methods too are proven beyond any doubt.

Bees are very interesting. Their honeycomb is a marvel of natural engineering and it is made from wax. Everything they need is there, it’s a place to raise their young and store their food. If you look at the honeycomb closely it looks more man-made than from the natural world – there is precision, there are lines that are extraordinarily straight, they are in fact perfect hexagons. Hexagon is a very strong structure which the bees make in identical pattern. Each cell is exactly like the other – 6 walls meeting precisely at 120 degrees and every honeybee, everywhere in the world knows how to build these shapes. It’s as if the hexagon is built into their DNA. Why hexagon and not any other shape? The bee’s primary need is to store as much honey as they can using as little wax as possible. If they want to produce a network of regular shapes which fit together neatly then there are not many options. For example, if you try to put pentagons together, they won’t fit together nicely, circles will leave lots of gaps. The options that will work will be equilateral triangles, or squares or hexagons. Out of these 3 shapes why did bees choose hexagon? Because out of the three, hexagon uses the least amount of wax, a substance very hard for bees to make. A hexagonal array is the most efficient storage solution. A solution mathematically proven by humans only a few years ago which the bees worked it out for themselves millions of years ago – Emergence at its best! And the bees are in tune with it.

Taiji too makes provision for efficiency much like Emergent structures, doesn’t it? Just like a soap bubble which try to get as small as possible in order to economise; like everything in nature, the circles in Taiji too are in essence, spheres, although they appear as circle at first sight.

Why sphere? The sphere is one surface, no corners, infinitely symmetrical, and of all the shapes have the smallest surface area making it the most efficient shape possible.

Here’s another interesting aspect relatable to Taiji – A single bubble is a sphere but as more bubbles are added the geometry starts changing in order to maintain efficiency. When two or more bubbles touch each other, they save material for all by sharing a common wall much like a shared dimension in Taiji. Here is an wonderful illustration by Tom Noddy about Bubbles: Fun & science at https://youtu.be/7odQ_qnznu4 When more bubbles start joining they start meeting at a point. The shape in the middle is not a spherical bubble, it will be a cube, pentagon, tetrahedron or a dodecahedron, depending on the number of bubbles joining – not exactly flat but parts of spheres. What this means is that the spheres are not gone. The new forms are part of the spheres. The spheres are trying to find the most efficient shape for the arrangement of bubbles.  One that uses the least energy and least amount of shape. As they get popped, bubbles change; finding the most efficient until we are left with the sphere again. There is no choice!

Similarly, every Taiji move is about finding the most efficient solution as the different body parts come into play and when you deconstruct the moves you will be left with a circle again!! Everything must be made up of pieces from the circle – no other choice! No wonder circles are called the DNA, the building blocks of Taiji and the reason why Practical Method is called a system.

True Taiji moves come out of Emergent behaviour and not from random techniques! There are fixed rules and requirements for finding these efficient and economic solutions. Our body must become incredibly dynamic like the bubbles. Each time one pops, they try to assume the most efficient shape one that uses the least energy by minimising the surface across the whole bubble structure. Which is why opening of kua, developing a core axis are some of the most important things in the PM system, because without them, no efficient geometric shape or levers or gears would be possible, no problem can be resolved.

Noting that the three-dimensional circles in Taiji are spheres, one of the fundamental rules of bubbles, which are also spheres, is that three walls of a bubble will meet always at a 120-degree angle much like the walls of the honeycomb!

Consider the first part of the positive circle – ‘In with the elbow’. As you bring the elbow in at 45-degree angle to touch the ribs/dantien, what do we get when measuring the angles, the three sides – hand, arm and the torso make? Boom!! 120 degrees!!  I measured it as soon as I figured it out! It took me so many years to figure this out even though it is the first move I learned when I started with Practical Method. Better late than never!

This brings another thing to my mind. Am I then right in saying that a Taiji circle is actually composed of multiple smaller circles sharing sides? The smaller circles being what we know as Shun and Ni? The circles can become small or big, but the arrangement can never change. A simple planetary gear system would be a good approximation of the arrangement even though not exact.

Finally, all things considered, it can be argued that Taiji as practised and taught in Practical Method system has Emergence at its core characterised by the notion ‘Whole is greater than the sum’. “Every move in Yilu must follow all the principles and deeper we go we will understand why the form is like this. If the form is changed slightly the principles cannot be put any more. In the beginning it is not possible to put all the principles in the form, but the form has the capacity to absorb all the principles one day” – These words of Master Chen keep coming back to me. 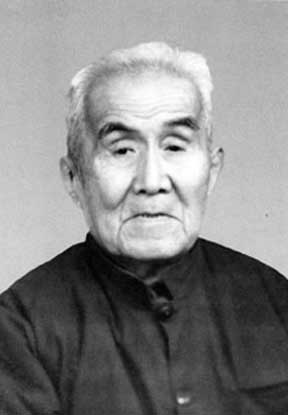 While discussing Taiji in light of Emergence it would be incomplete if a certain person is not mentioned and it would not be an exaggeration to say that he was the first person from the modern era who perhaps recognised this concept (without naming it) in its entirety and dedicated his whole life excelling and imparting the values of Emergence through Taiji. That person is none other than Grandmaster Hong Junsheng （洪均生）!  Master Chen’s teacher and founder of Practical Method system.

After realising that essence of Taiji is Emergence, the meaning of ‘Practical Method’ has taken a whole new dimension. GM Hong could have named it after himself but the fact that he chose to call it ‘Practical Method’ shows his magnanimity, ethics and depth of wisdom!!

This article is therefore dedicated in memory of Grand Master Hong Junsheng.