Saskia oder Sasperella sings as a singer with a classical background. 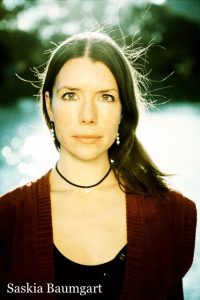 She was trained as an opera singer in her childhood & youth.
Later she turned to jazz and popular music. Finally she developed a kind of own intuitve music,
that has a meditative as well as an percussive character, called Acoustic Trance.
She performs with a band, called The (Healing) Touch of Sound, in performances together with
other performers – dancers, poets and painters and for her solo work as Sasperella aka Saskia Baumgart. 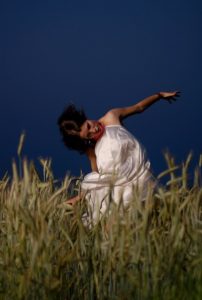 Solistically she also plays the guitar, the piano and sound & percussion instruments,
like the Sansula, the Tambura, chimes, a drum and many more.