Make your movements your own 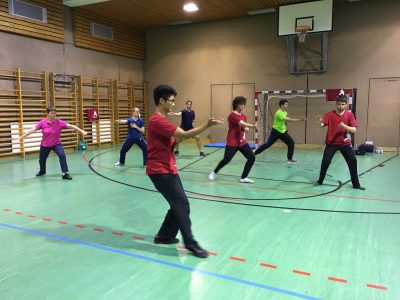 Within Chen Style Taijiquan, an important aspect is that all our movements must be our own movements.  We never move as a result of an external stimuli.  This requires we bring extreme awareness to every body part – those which are moving and especially those which are non-moving.  When we go out with the hand, we must not forget about the elbow; as the torso closes the distance, the hands can’t also be moving forward, etc.  As soon as we engage with our opponent, we naturally want to fight power with power.  This immediate response is something we must eliminate through our training.  Learning to create a stretch within our body in the form and foundations, is to learn how to move past the point of contact.

To never lose control of our body, even when engaging with an opponent, is to change our responses from a reactionary response to an active response.  A reactionary response is to retreat back, and then move in; or to match their push directly with your own push.  A push from the opponent does not result in a fight, or a retreat backwards.  An active response it to decide where to move, and to go their of your own choice – not from the initiation of the opponent.  If we are pushed and the shoulder moves back, we move not because we are pushed, but because we decide to move there. 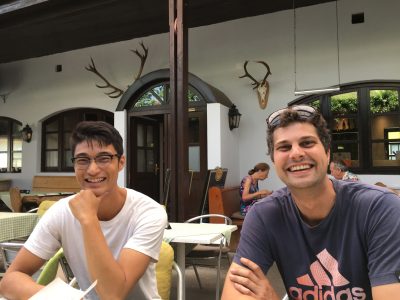 We must change from following the pace of the opponent, to leading our own movements.  Within the rhythm of a fight, when you are able to dictate  your own moves, the opponent will then follow (fall into rhythm).  Movement is not a non-pressured release, but a pressured release like a hydraulic press where it must be evenly matched and paced (led).  The Intent of the movement is therefore only indirectly related to the opponent, and the decided movement is not at all resultant from what the opponent chooses to do – they are only an obstacle in place to overcome.  This is a change from passive control over our body to active movement.

To train this, we must train to never close, and to continue to stretch and expand in every movement of the form.  As our understanding of Yilu deepens, body mechanics and details that we were previously unaware of become more and more important.  But before we can focus on the small details, our understanding of positioning of the ‘big pieces’ must be precise – which is why consistent training of the full form is required.  As we continue to train to open our joints, positions and movements that we were previously incapable of will allow us to improve our structure and power.